“Destructs” are objects that are a direct continuation of my reflections on the condition of modernity and my work on the installation “Uncertainty” and the object “All Our Doubts”. While constructing this object, I was simultaneously thinking about the complex systems of interactions in contemporary world and complicated relationships that shape reality. We often do not understand processes that affect us, we do not fully perceive their causes, both in relation to what is happening around us and on a global scale. I transformed my desire to explore contemporary mechanisms into the act of building an architectural structure out of waste Plexiglas, whose layering of planes, tangled structures would allow me to visualize the elusive systems in which we function. Spatial blocks and light reflections are also an attempt to show the connections between the present and the future in a densifying reality.

Architectural construction is the existing state, what in a broader context is happening around us, and what we do not see or understand because it is too complex. On the one hand, I want to explore causes, track down multidimensional phenomena to try to understand why it is so. I don’t want to limit myself to easy answers, which often shorten the space of observation and distort understanding, but on the other hand I sometimes feel fear, frightening which causes paralysis. This is exactly what happened while working on the object “All Our Doubts”. Rhythmical, manual activity – putting up a construction – causes thoughts to flow in their own track, often in separation from here and now, analyzing something in the background. Most often what I am working on – in this case the systems and connections of various processes, the current social, political and economic situation combined with the vision of the future that lies ahead.

At one point, I involuntarily felt an overwhelming urge to hit the emerging object with all my strength. Or to throw it against a wall. I think that the urge to destroy everything around me emerged as a result of the enormous helplessness accompanying me in relation to the observed mechanisms. I refrained from destroying the object in order to take a deeper look at the feeling that emerged. I decided to construct other similar objects only to subject them to various processes of destruction in a more deliberate manner than impulsive physical action. By partially flooding, covering, or devouring through the Plexiglas planes with various substances, I perform a deliberate, more conscious act of destruction. A new form is created, slightly different from the original one. Probably not better than the previous one. However, just as with the contemporary times – it is something that is being shaped by thinkers, scientists and philosophers who are looking for solutions for a safer tomorrow.They are striving to create a new narrative, to build economic systems that are adequate when resources are depleting, the foundations of a functioning world that would save us from an impending climate catastrophe and its destructive effects on humanity and other species. This is how the idea of more objects deliberately subjected to the process of destruction came about. Destructs.

“Destructs” belongs to “Inside / Outside” and “What will be. Reflections on the future” – areas of my artistic search. 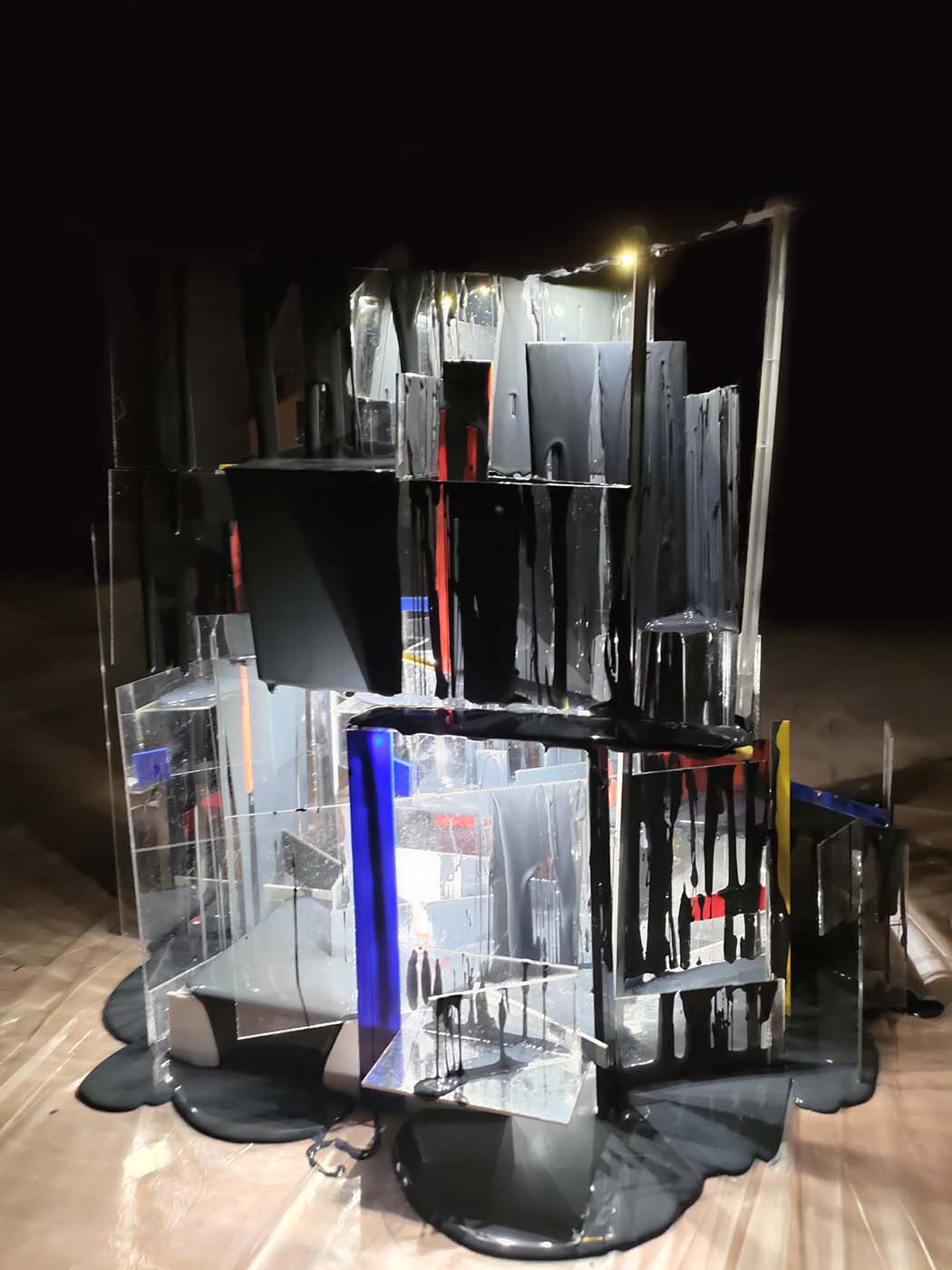 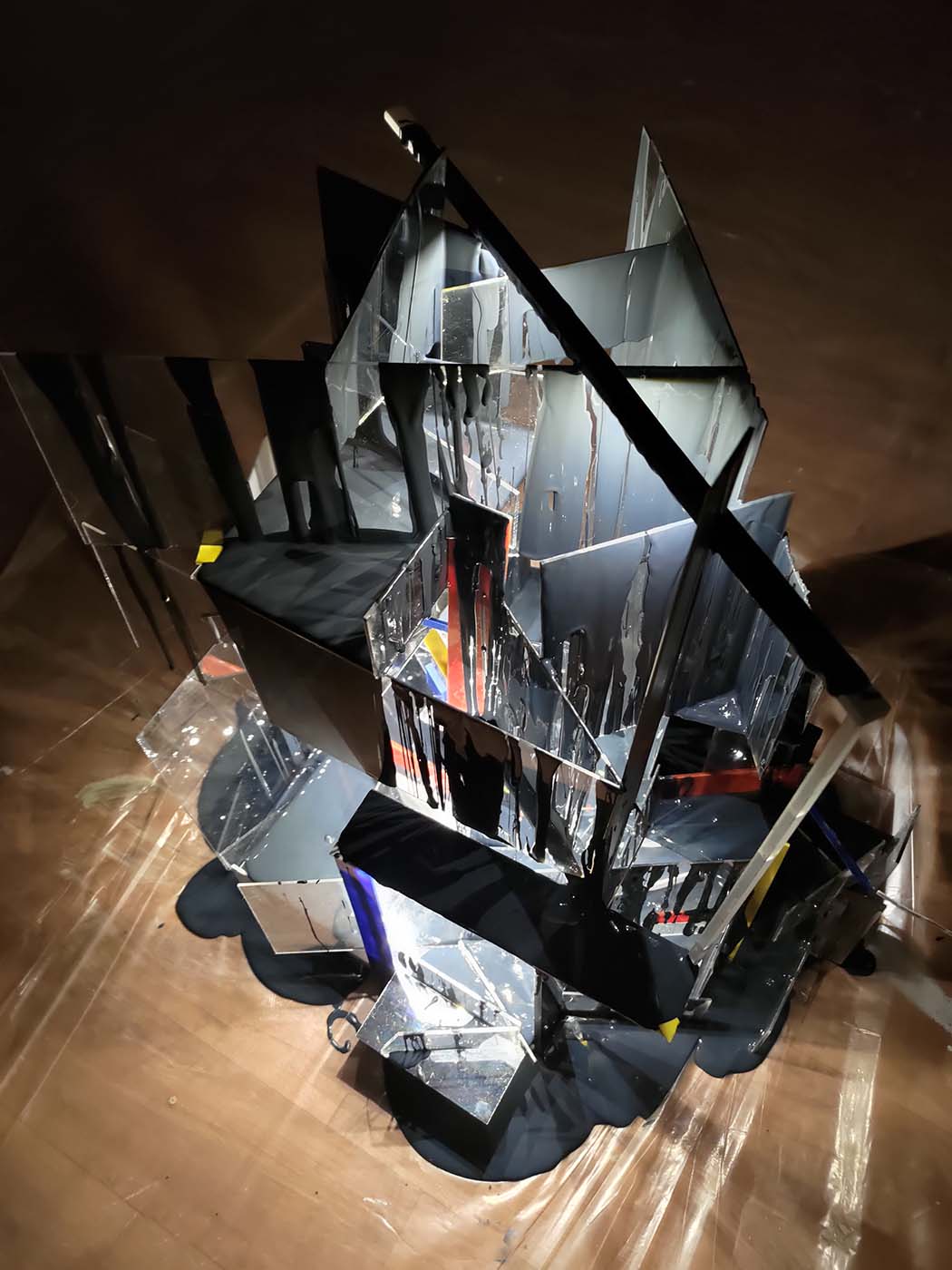 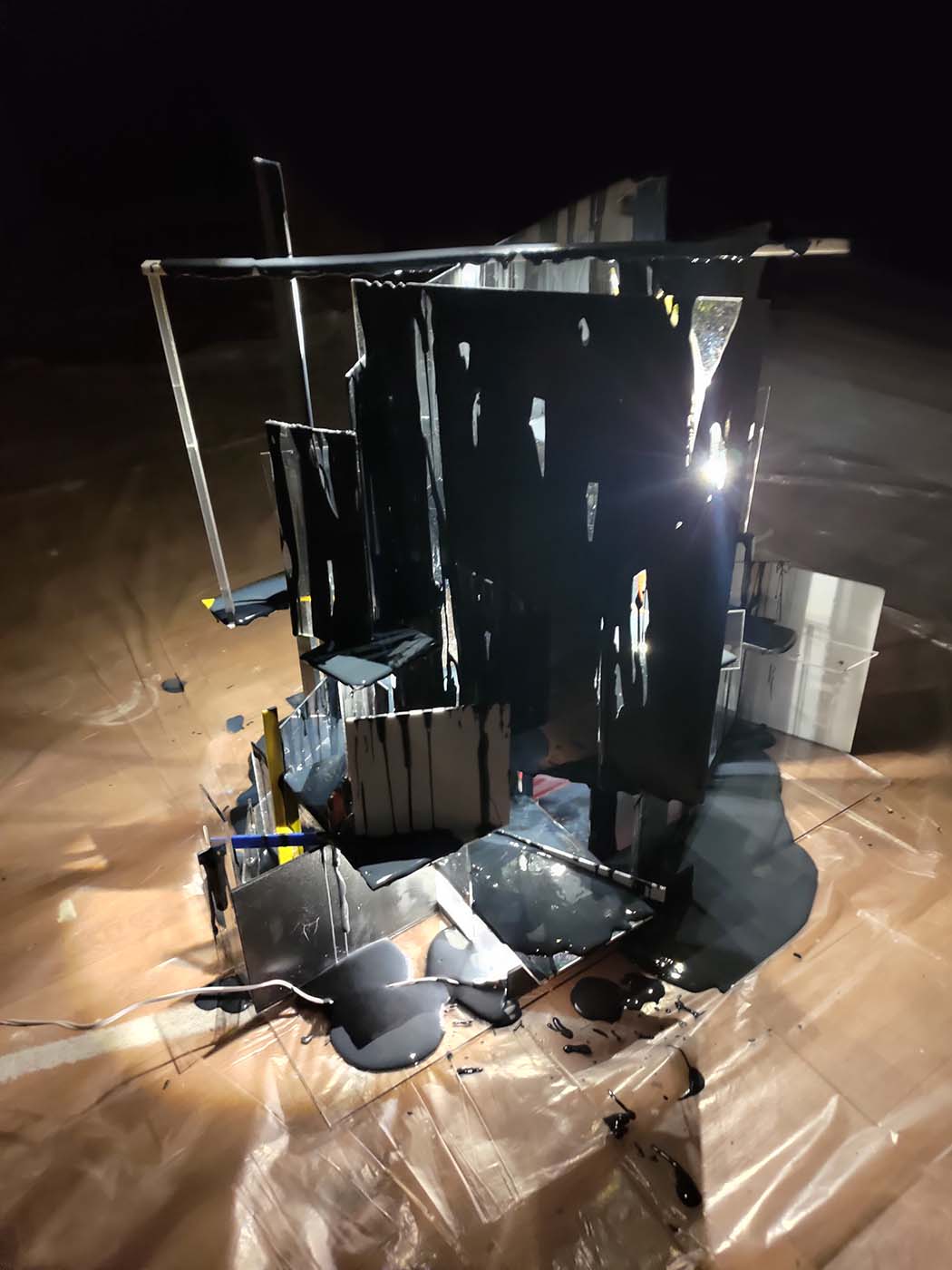 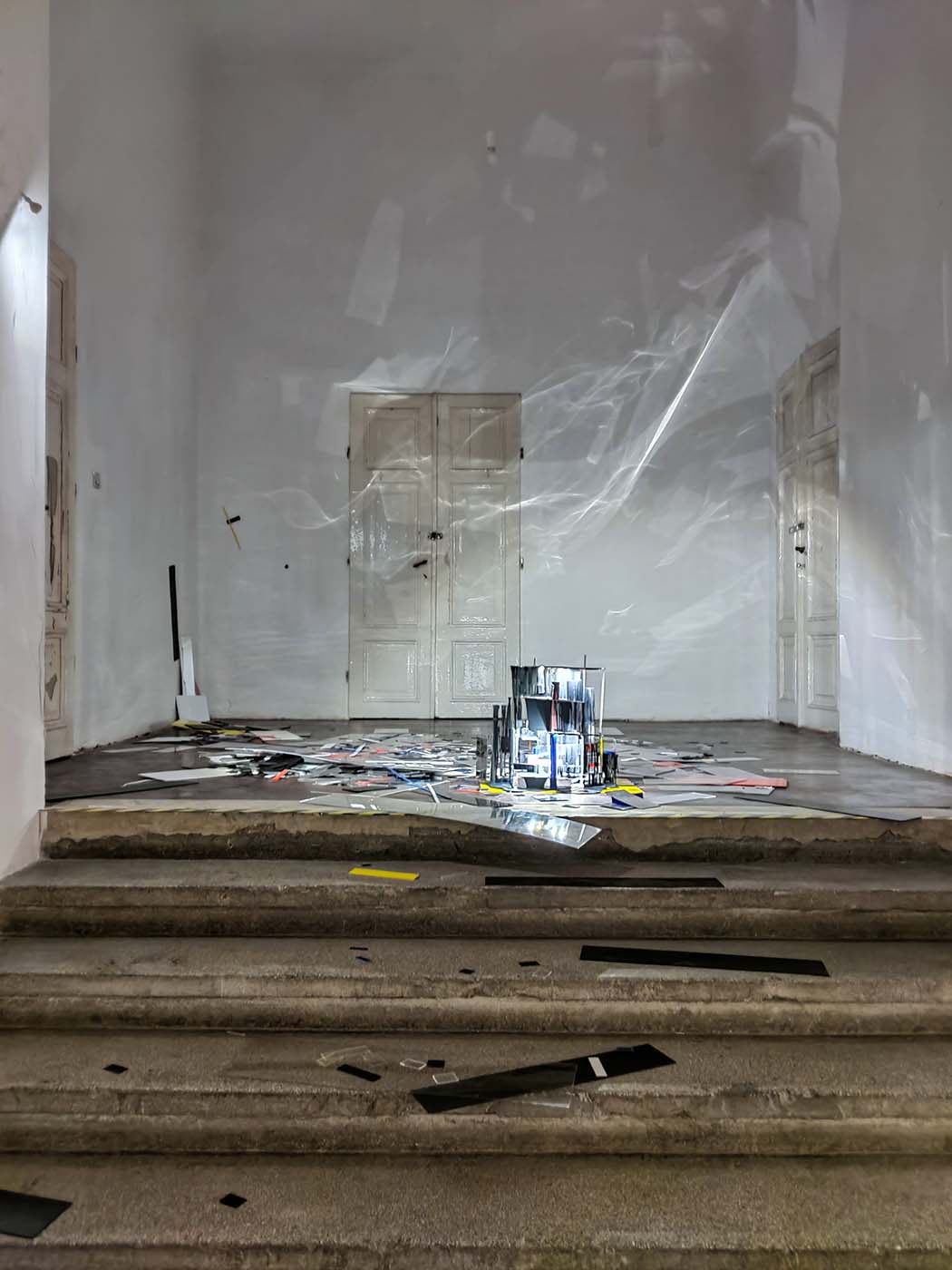 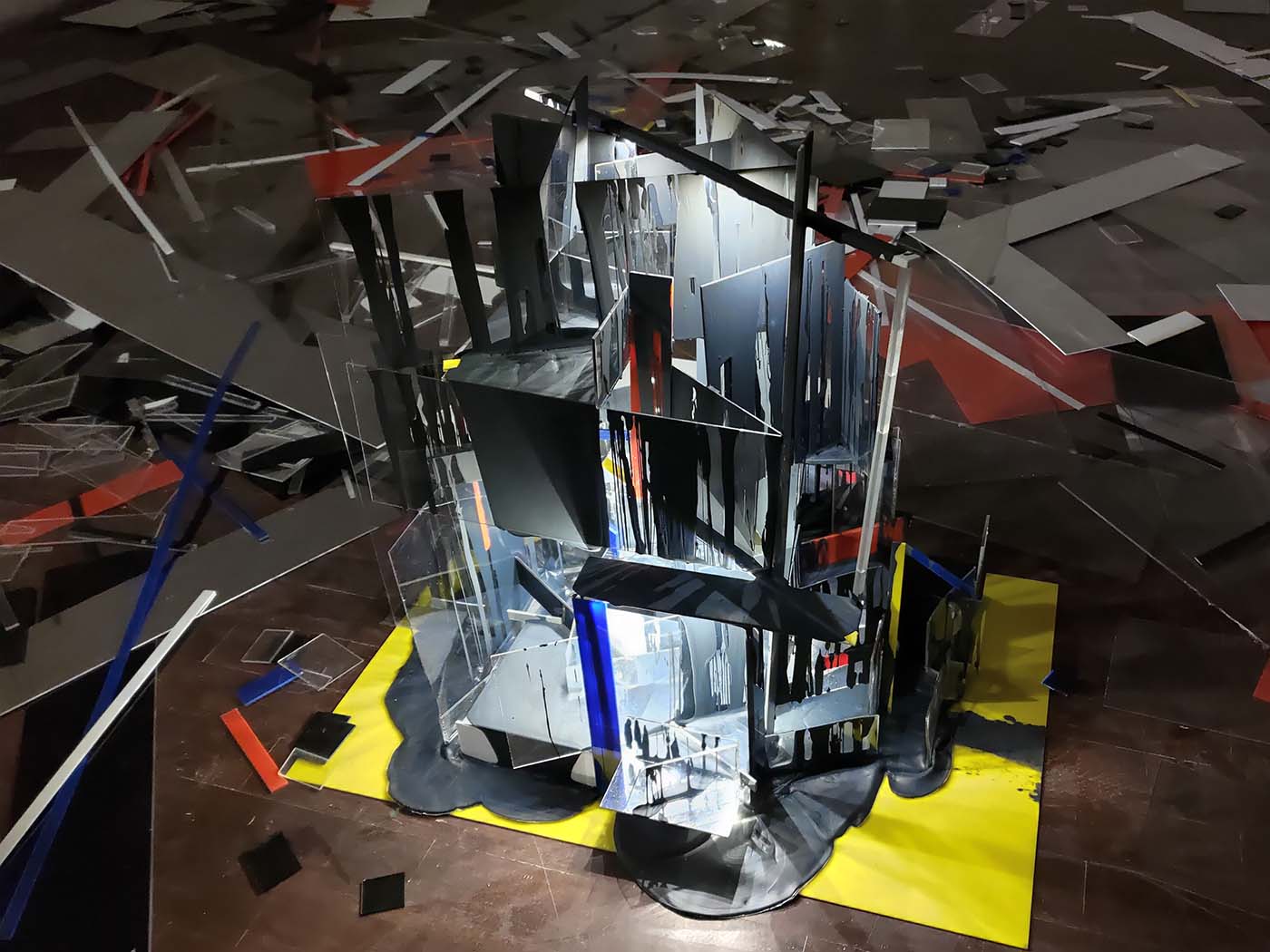 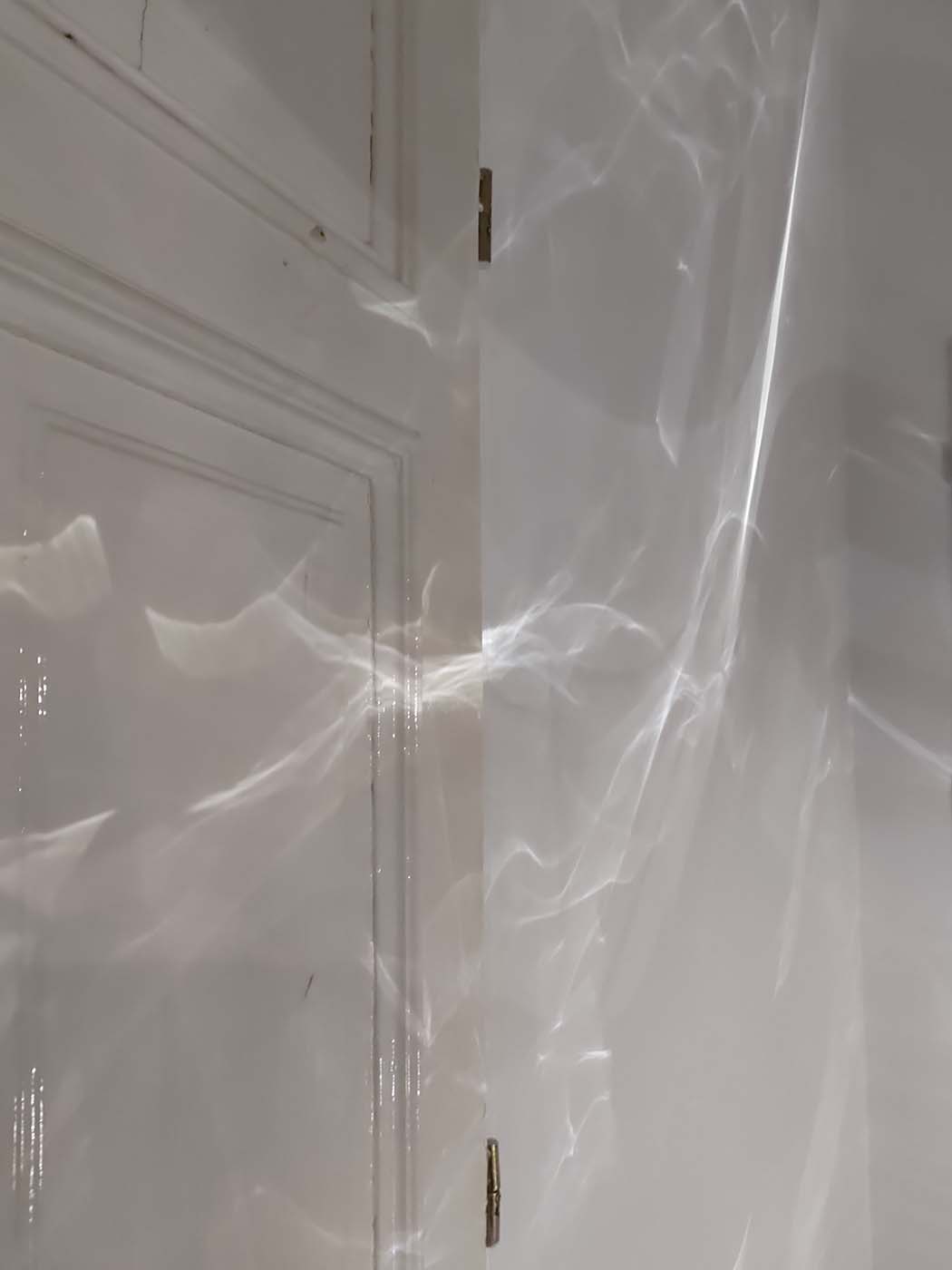