The project of the installation “Presence” was prepared at the individual invitation of the POLIN Museum of the History of Polish Jews in Warsaw to participate in a competition for the concept of an artistic work dedicated to and permanently placed in the Museum Memorial Hall. Although the project has not been implemented, the conceptual work and designing the form allowed me to notice new levels, historical and identity phenomena, the research of which I associate with a specific place and experience. This puts the creative process in a different perspective, and gives it a broader context of universal meaning.
The installation consists of approx. 200 (to be determined depending on the load capacity of the floor) vertical, transparent solid polycarbonate sheets. Each plate is approximately 3 metres high, 1 metre wide, and 1 centimetre thick. The plates are positioned parallel to the window and to one another. Initially in dispersion and certain distances, the plates gradually overlap with one another to merge into an even, monolithic body at the end. A hole of about 1 cm in diameter is drilled through each plate at a certain height, such as the position of the heart in the human body. All the holes of the vertically standing panels are connected by a red thread pulled through them – a delicate element of the connection. The red thread flows freely at both ends of the installation, and a knot is tied at the first and last plate of the row through which it passes.
The spatial installation project is dedicated to the civilization heritage of Polish Jews who participated in various areas of culture, art, politics, science and economy, contributing to the development of our civilization. It prompts a reflection on the fate of the Polish and Jewish nations, which overlap and intertwine through the centuries of coexistence on the territory of Polish state. It is a metaphor for the continuity of fate despite differences and distinctiveness in religion, roots and identities.
Help and visualization: Andrzej S. Bieniek.

A project on the border of two areas of my research: “Urban Space * Immersion” and “Inside / Outside”. 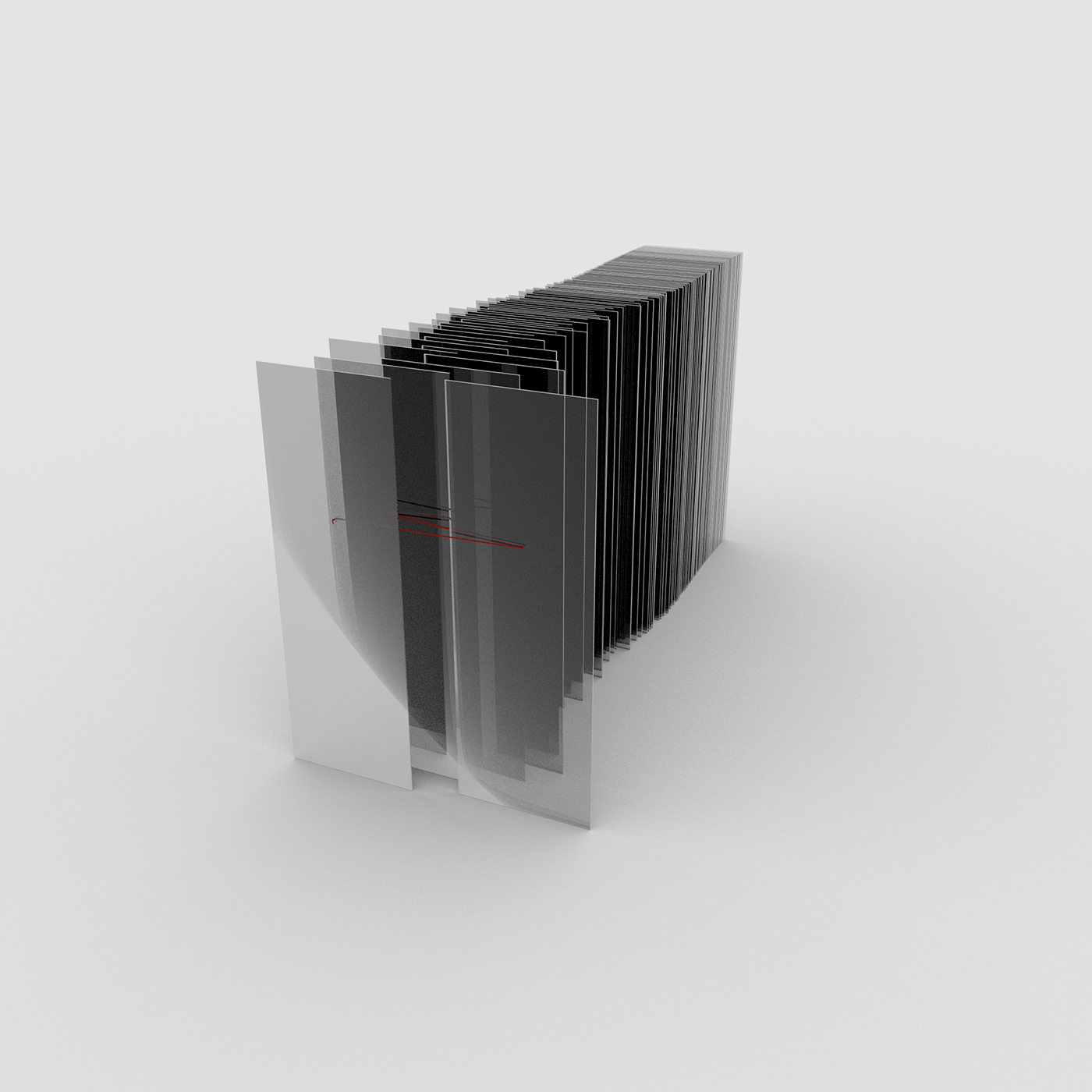 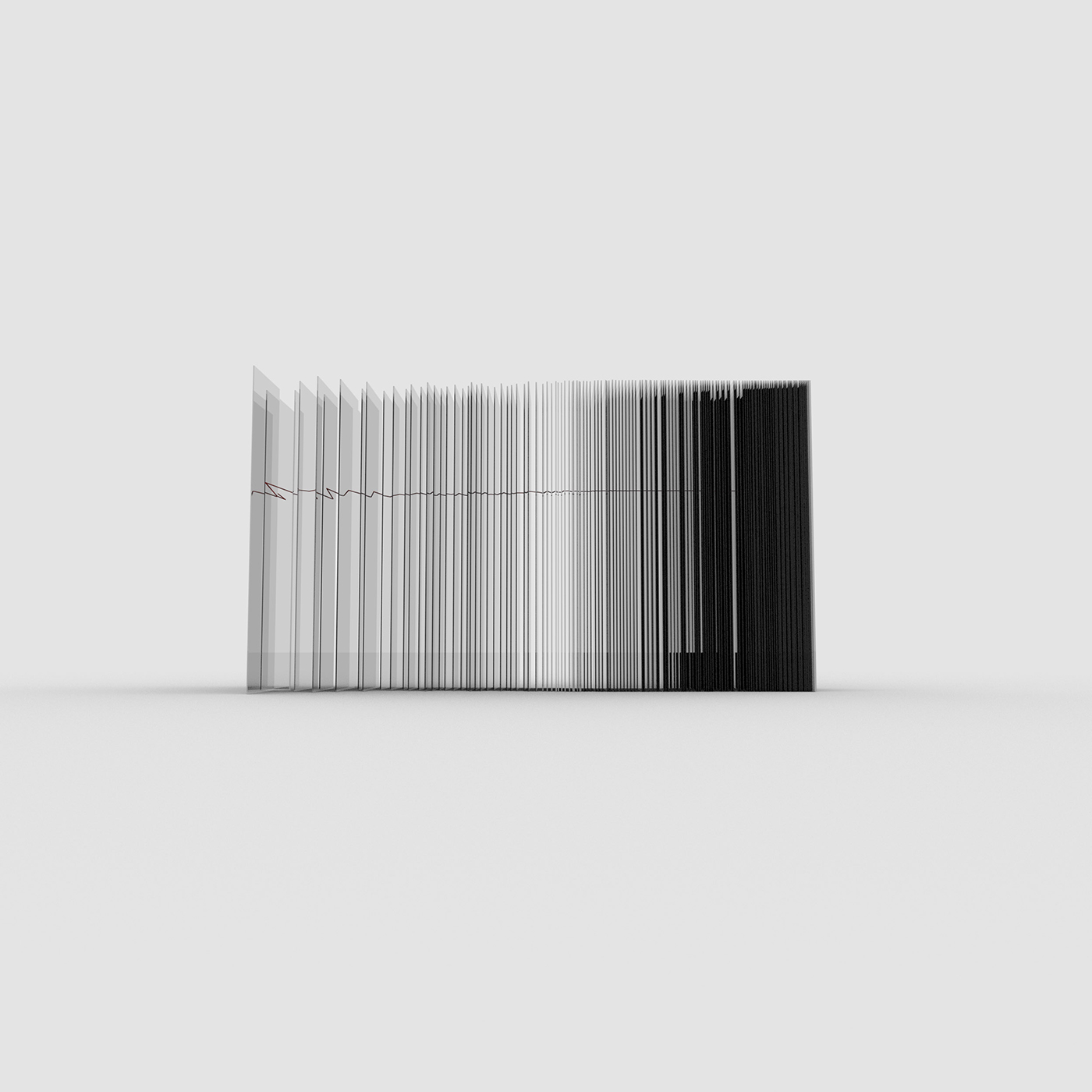 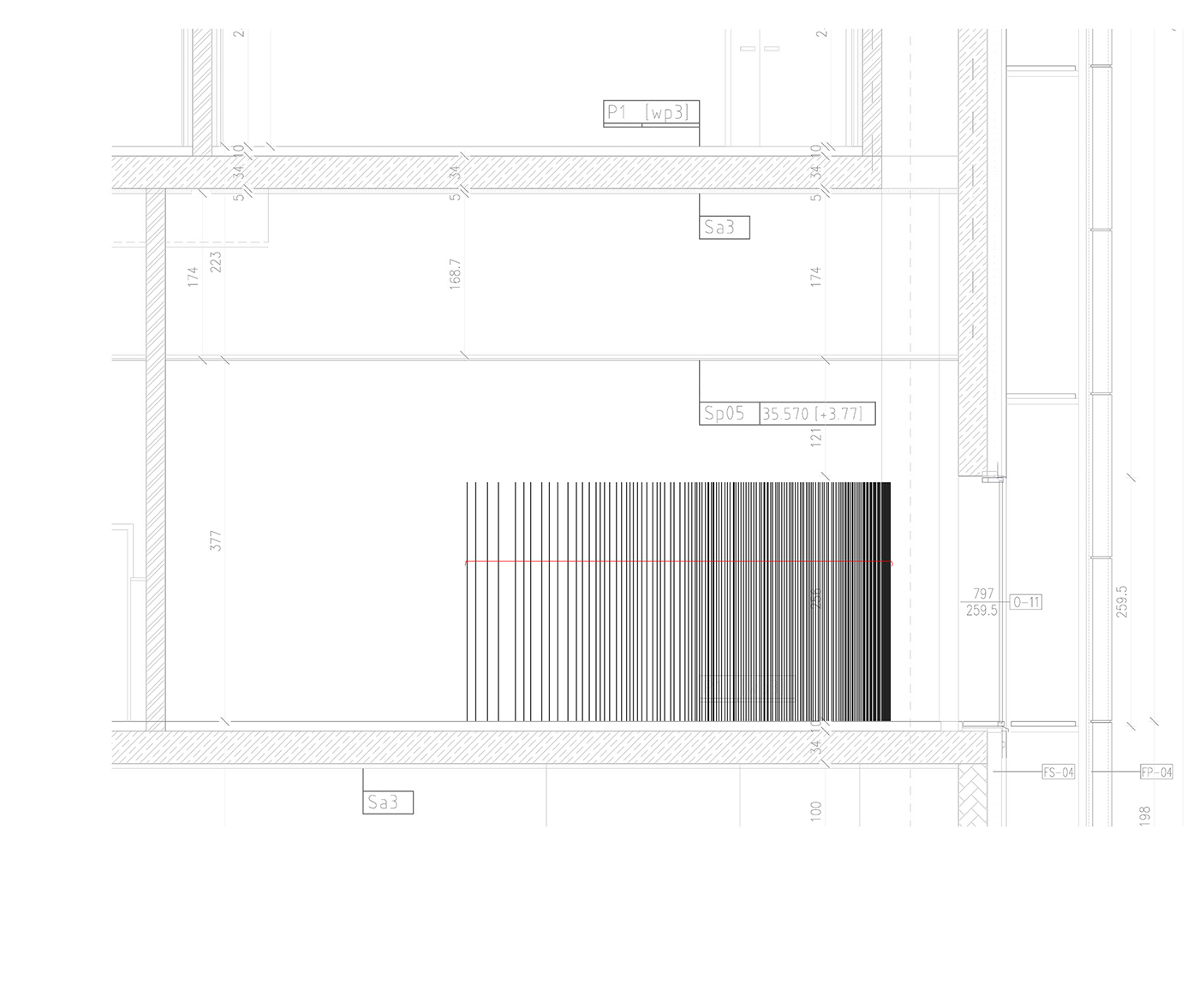 Projection of the Memorial Hall - side view 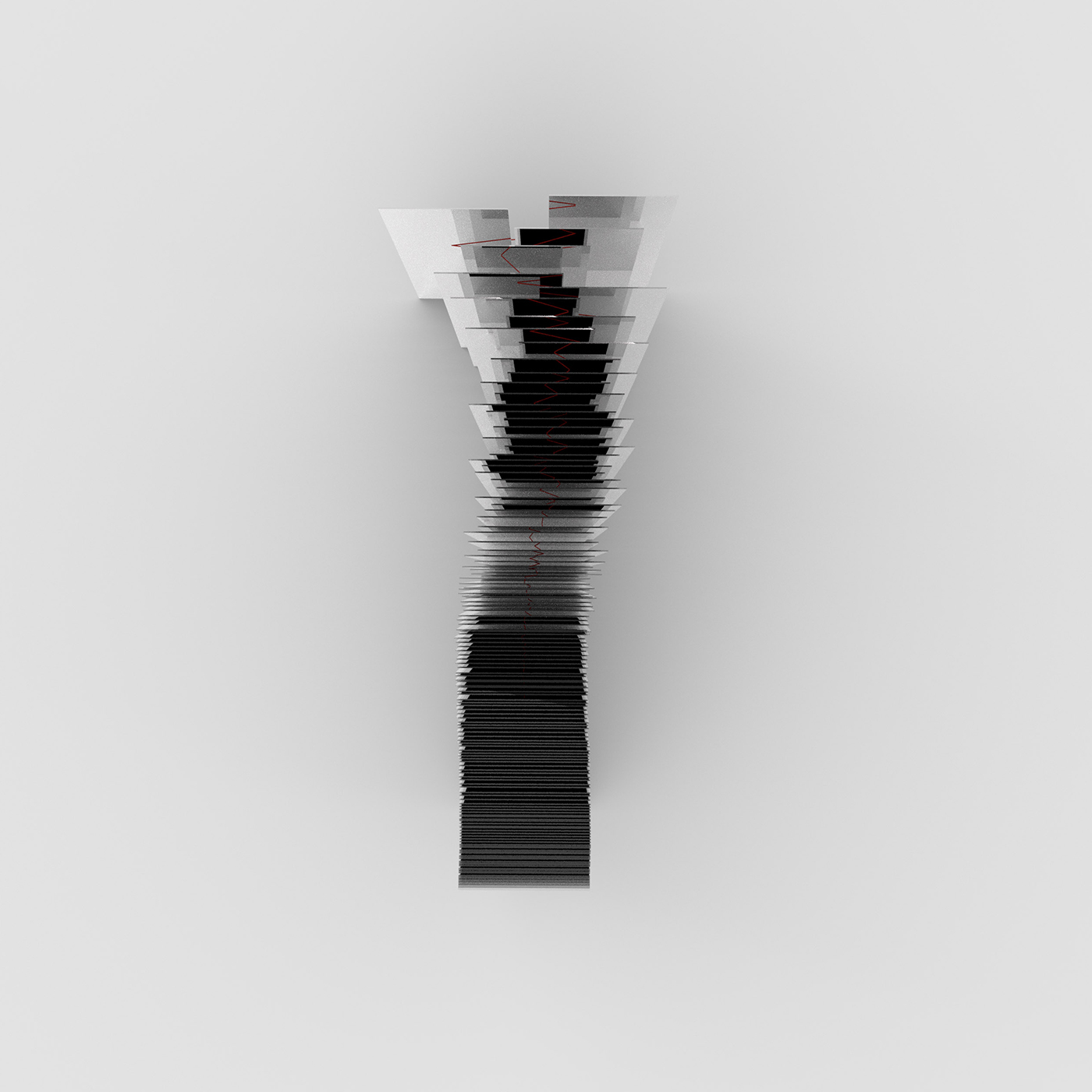 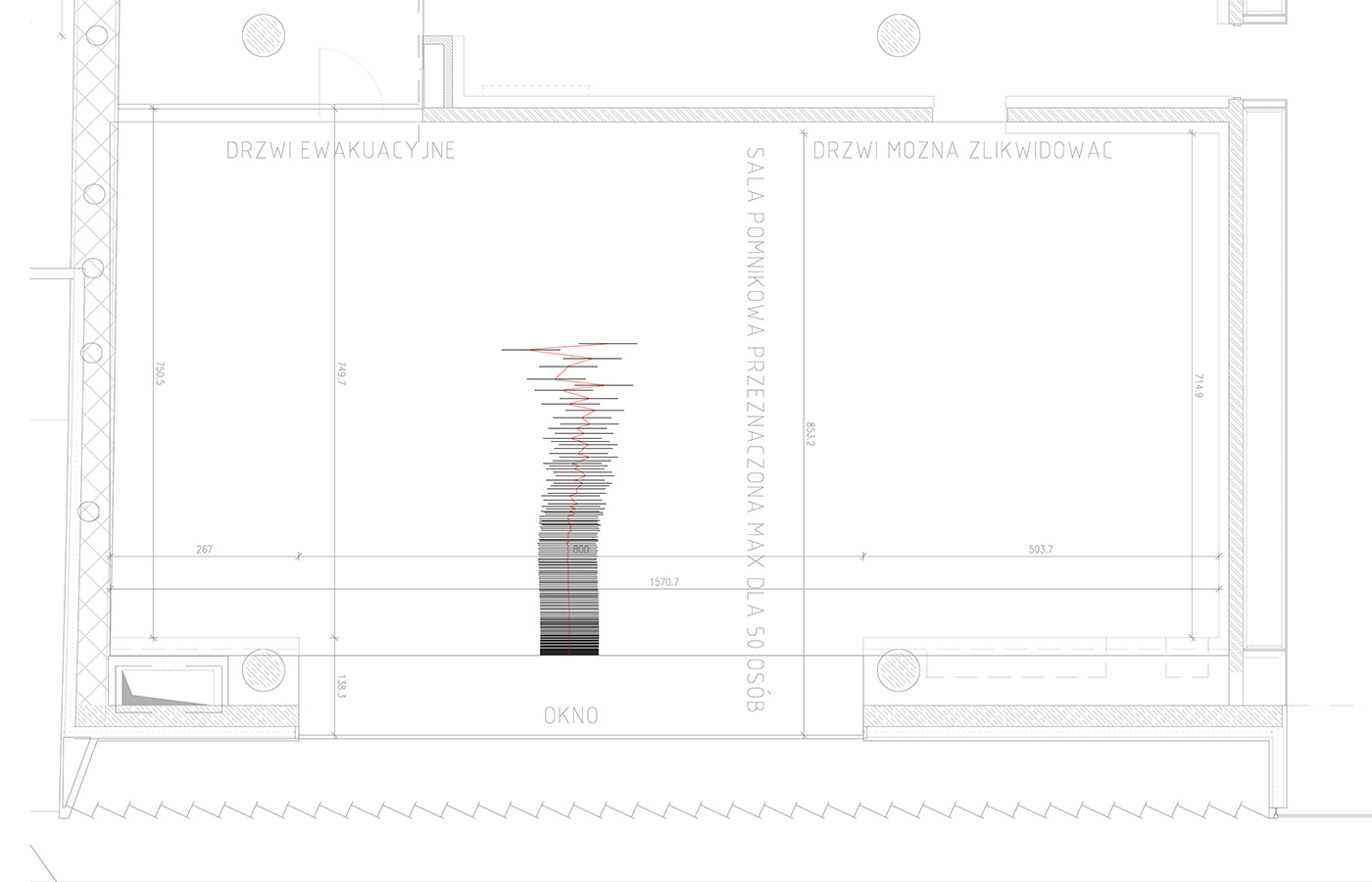