A ready-made installation, created in 2018 during the “Schwemmland” art symposium in Schwedt am Oder, Germany. It is a continuation of the considerations within “Urban Space * Immersion” area on the book “Invisible Cities” by Italo Calvino, and at the same time refers to the topic of the symposium and the local surroundings in the context of the place of stay – the Lower Oder Valley National Park. While working in the studio, which was located in an old tobacco factory taken over for the artistic activities of a local association, my attention was caught by the items found in it. A part of the room was occupied by display cubes stored here. The way they were arranged at the time of my discovery immediately reminded me of a fragment of Italo Calvino’s book “Invisible Cities”: “Penthesilea is different. You advance for hours and it is not clear to you whether you are already in the city’s midst or still outside it. (…)Penthesilea spreads for miles around a soupy city diluted in the plain (…) (…) If you ask the people you meet, “Where is Penthesilea?” they make a broad gesture which may mean “Here,” or else “Farther on,” or “All around you,” (…) some raise their arms obliquely toward an aggregation of opaque polyhedrons on the horizon, while others indicate, behind you, the specter of other spires. (…)”
Cubes became the basis for building an installation by changing the exposition and their arrangement in the space of the Galerie Am Kietz (Schwedt / Oder) many times and  also interacting with the audience. The audience can move freely between the “cluster of dark polyhedra”, finding more images, descriptions, quotes. Thanks to this, they become a part of the installation, they are observers and participants in the open, multi-threaded story “Invisible Cities”, which can be shaped and deepen their reflection. 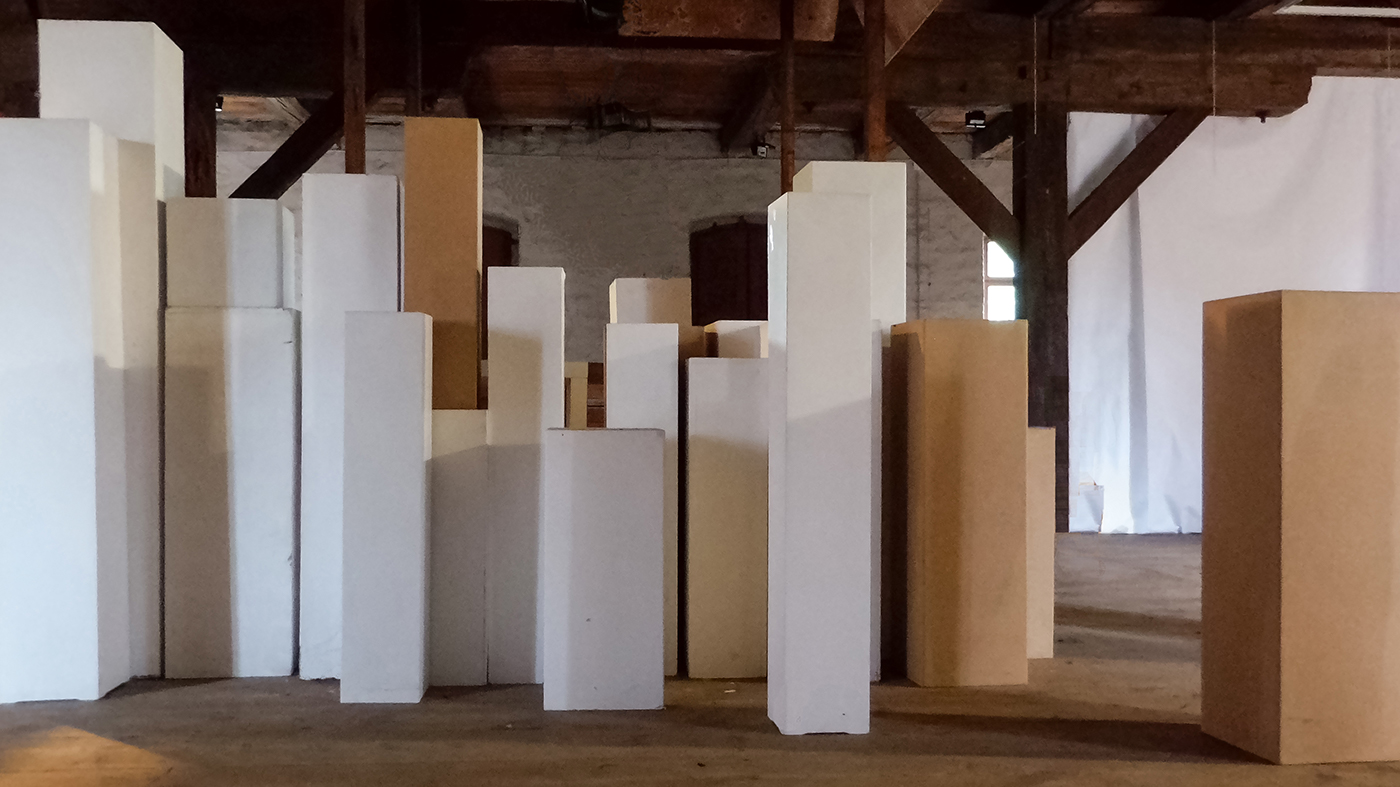 2018 | 27 cubbies | variable arrangement and dimensions, adapted to the place of exposition. 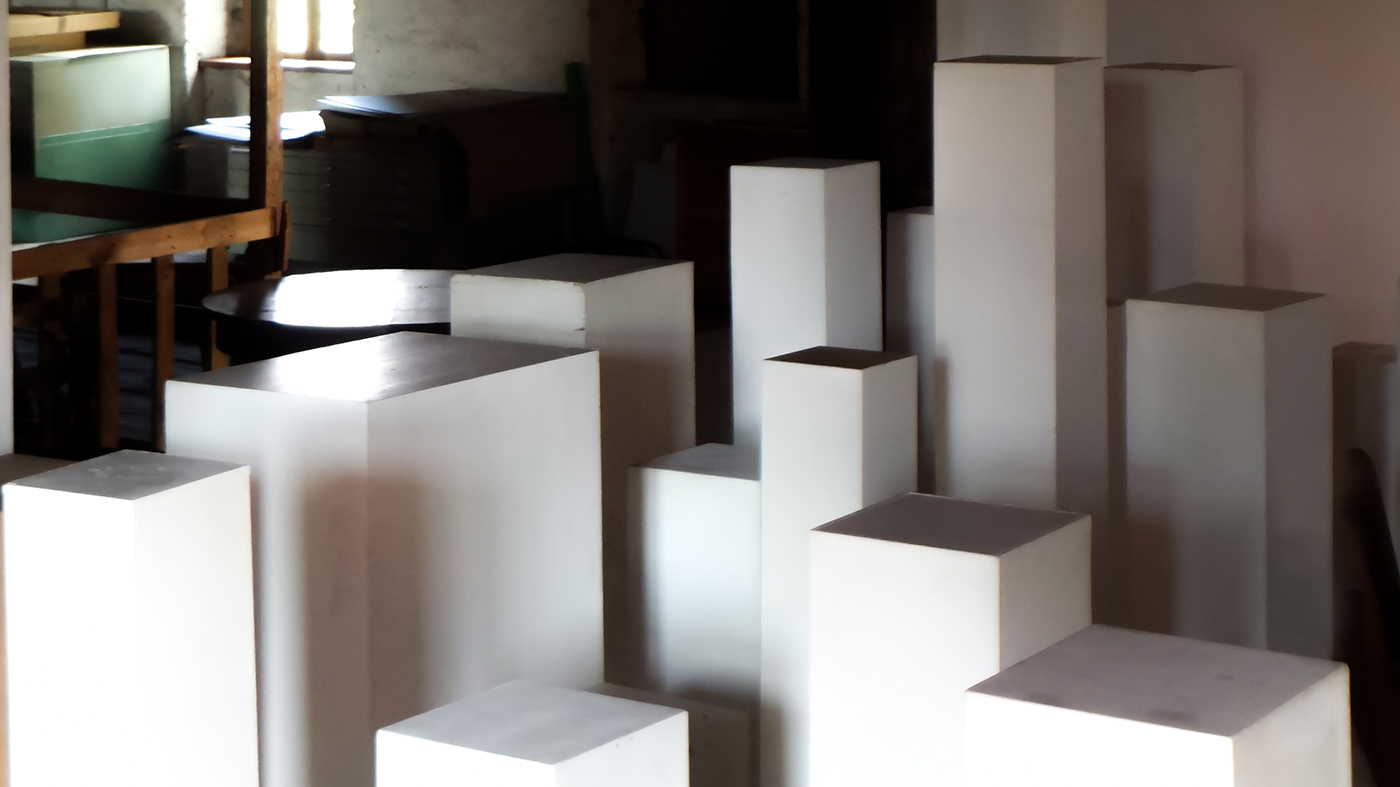 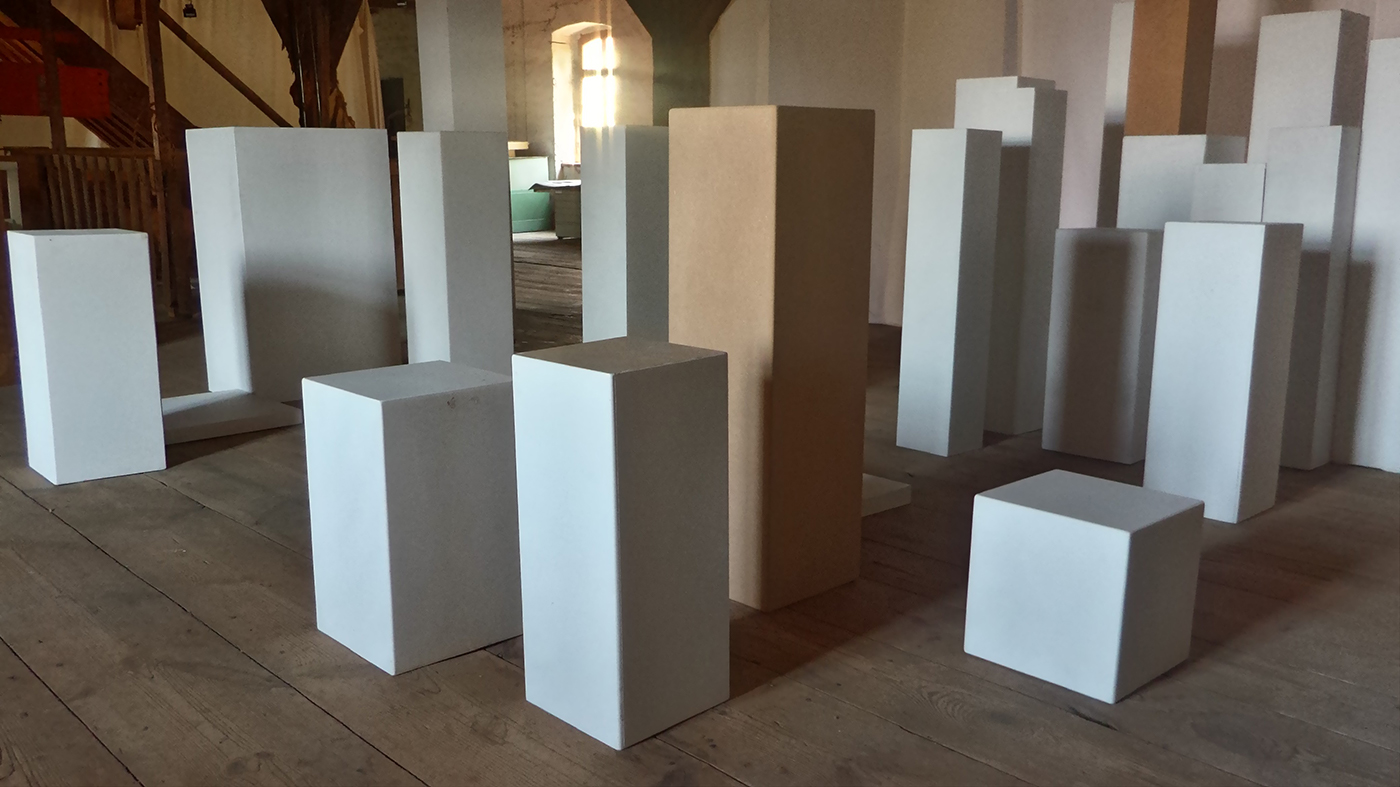 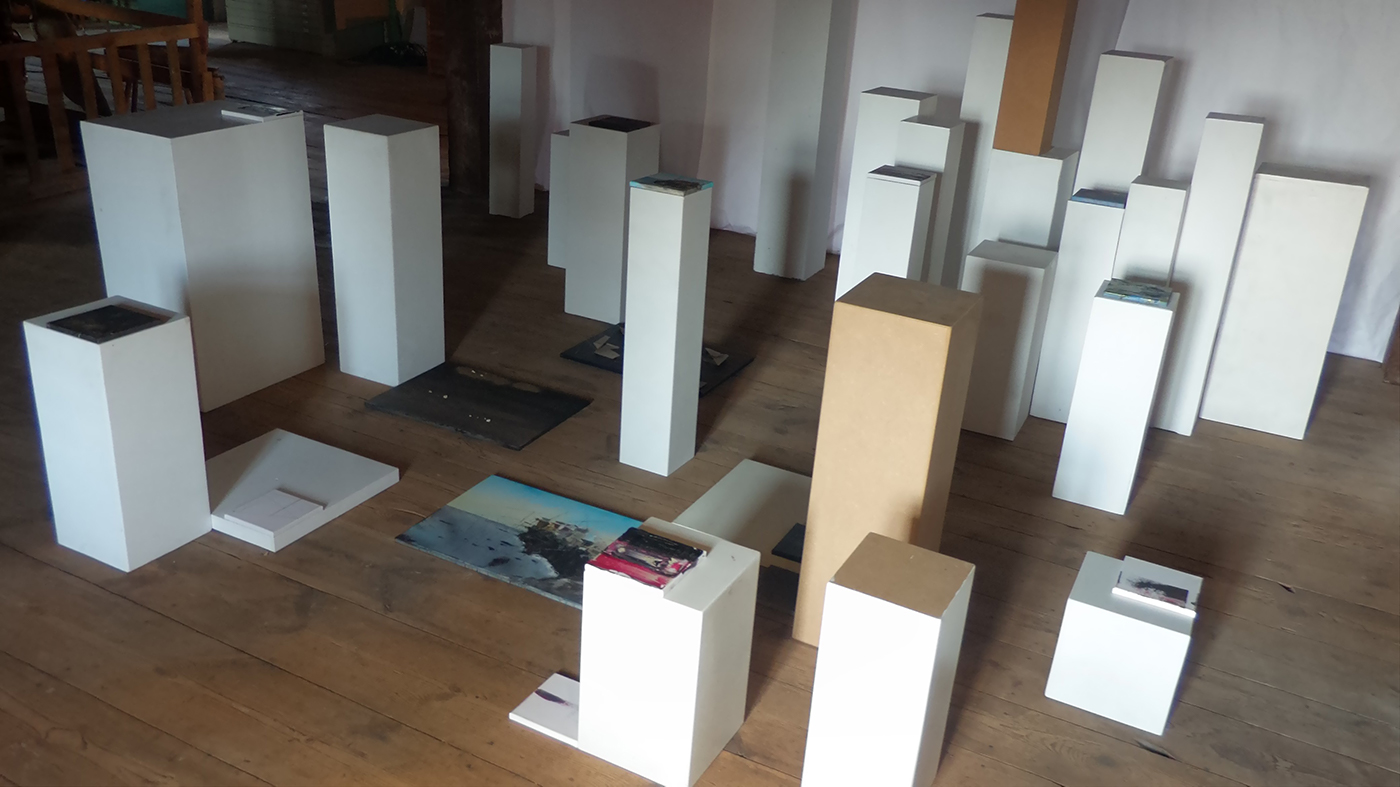 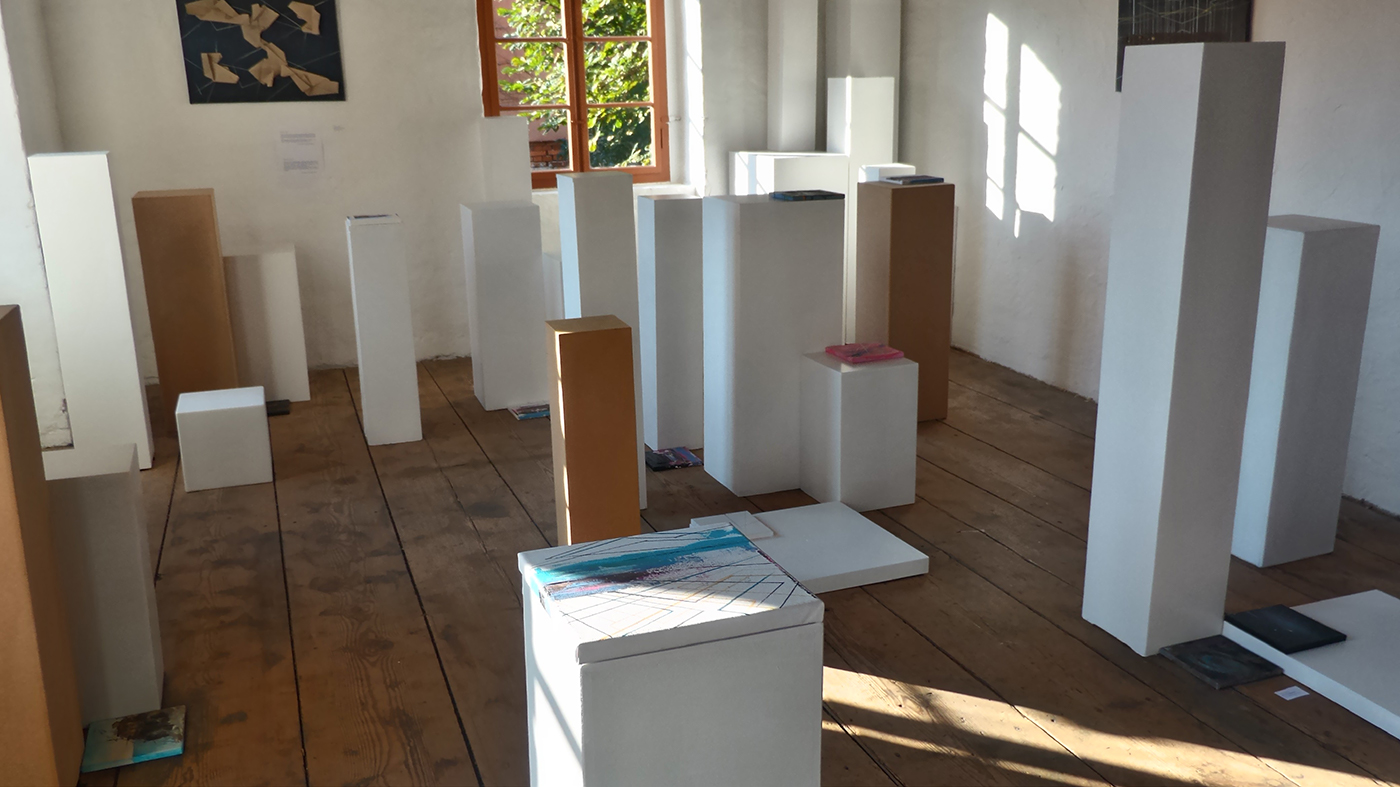 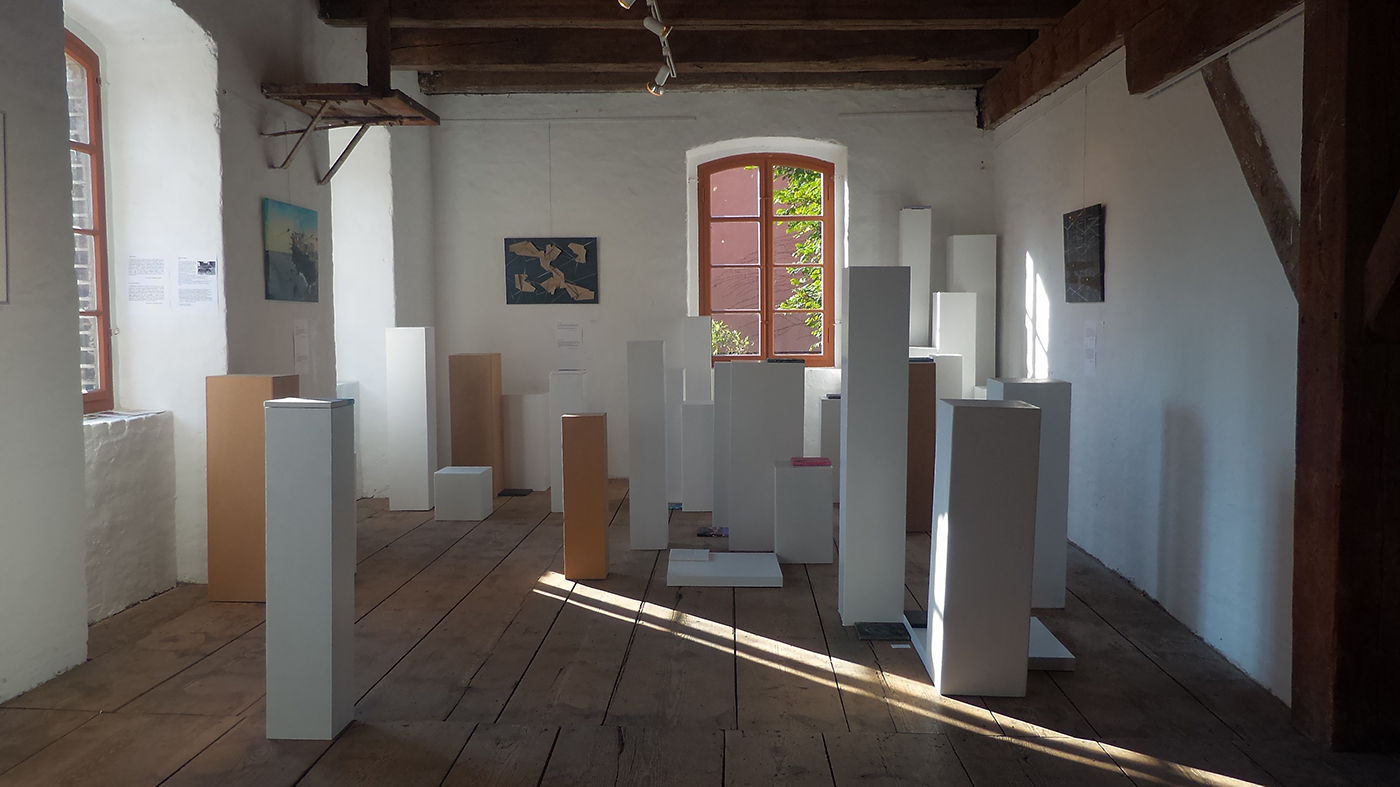 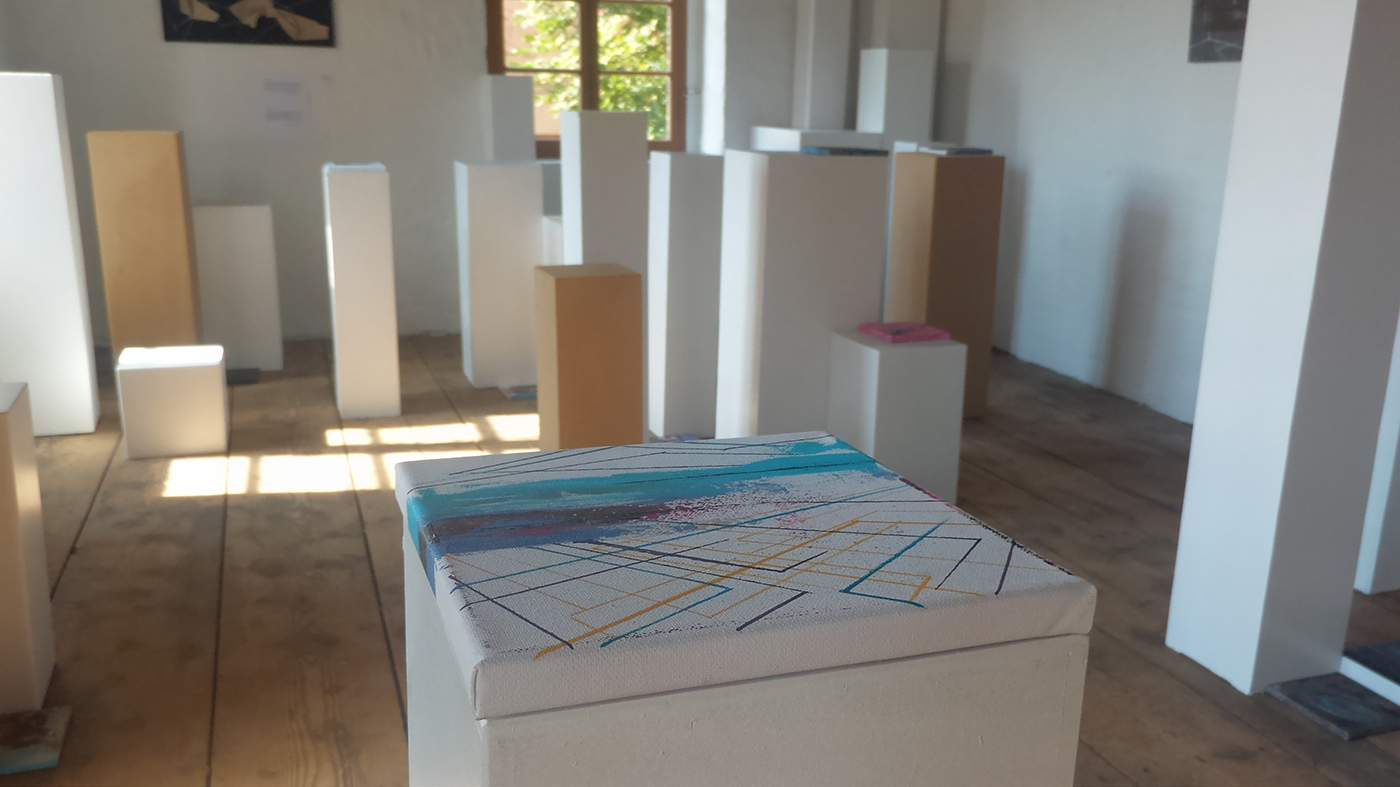 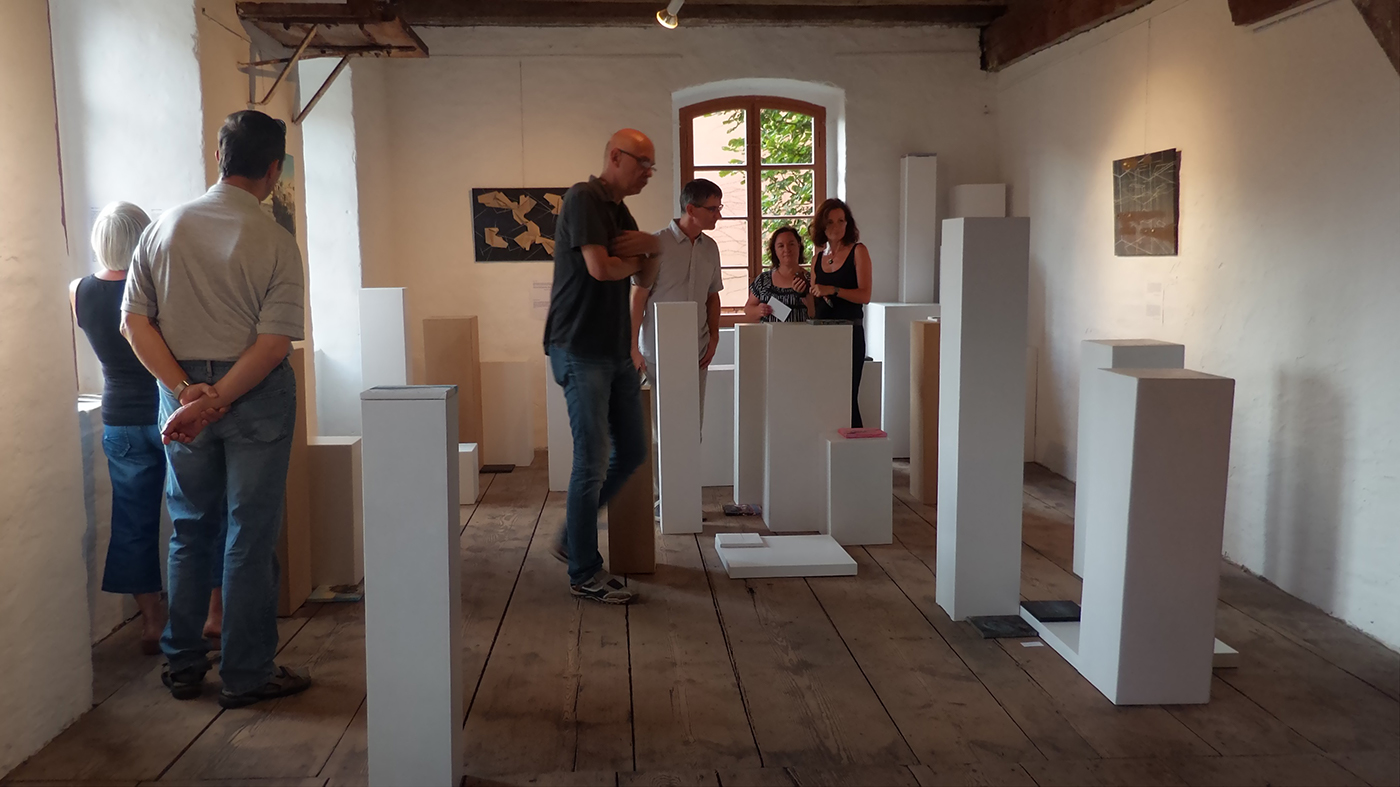