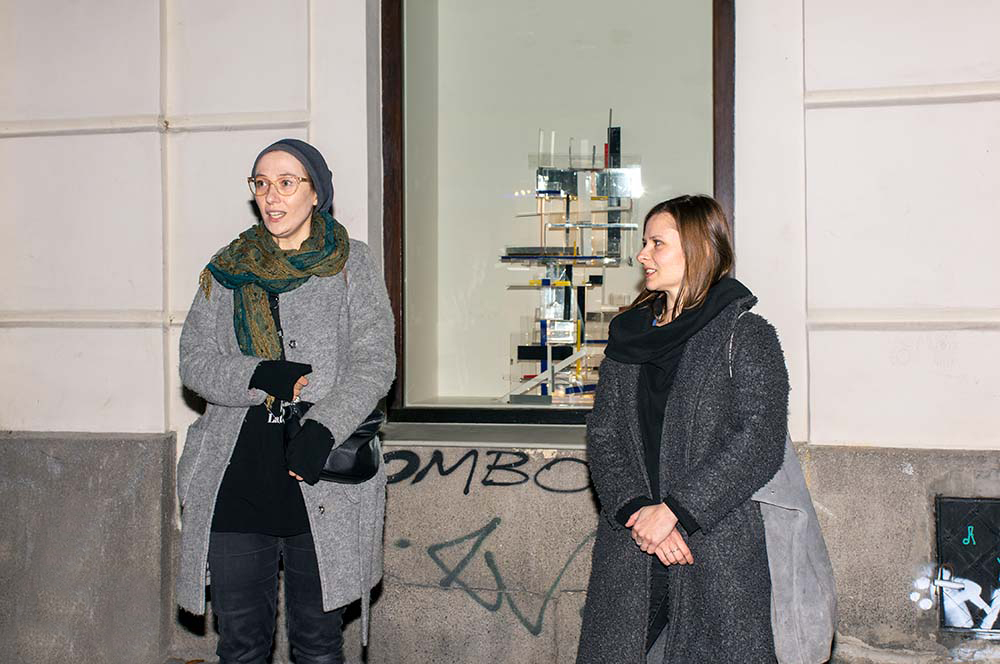 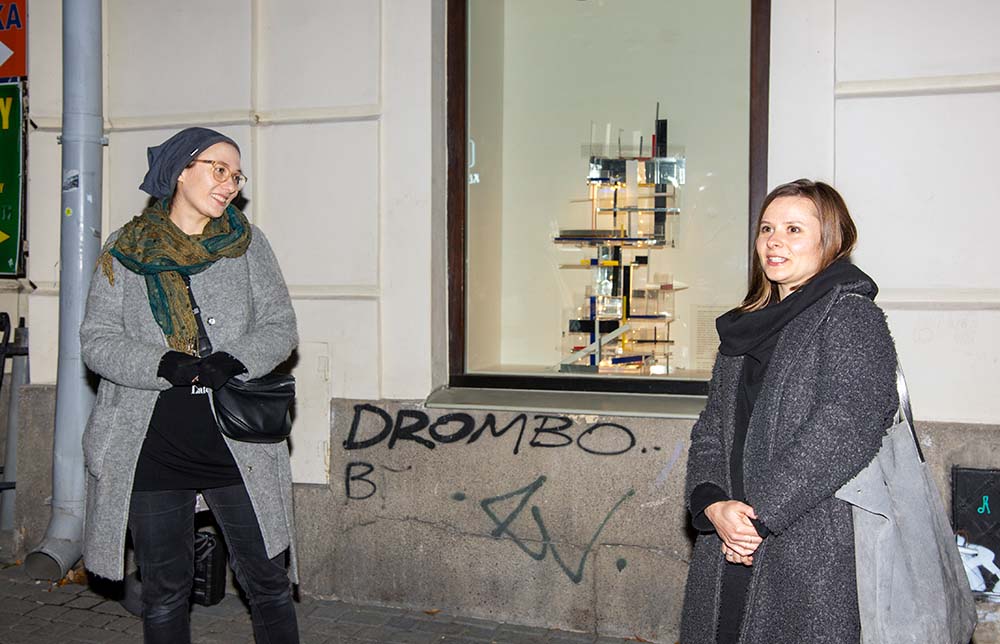 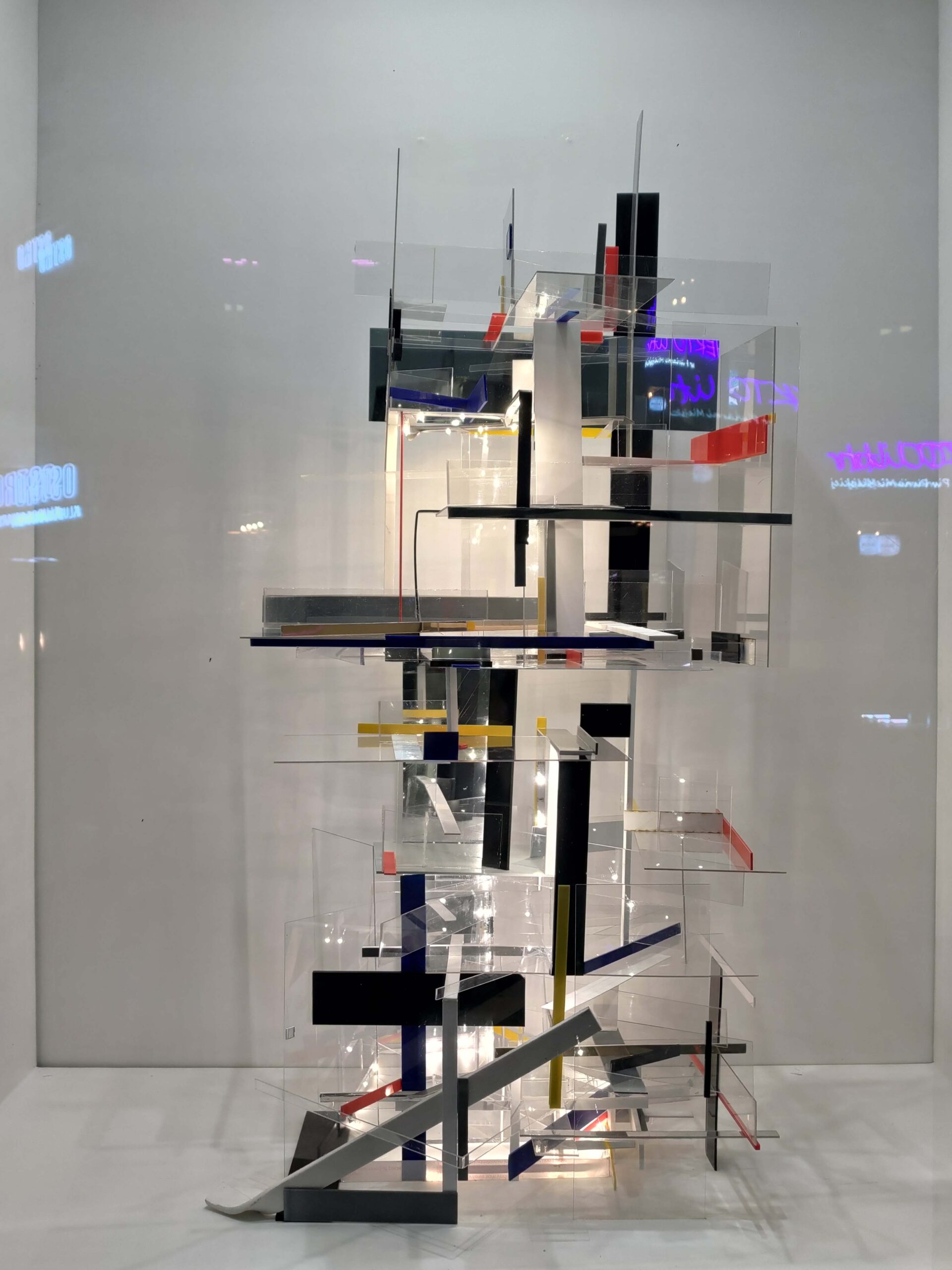 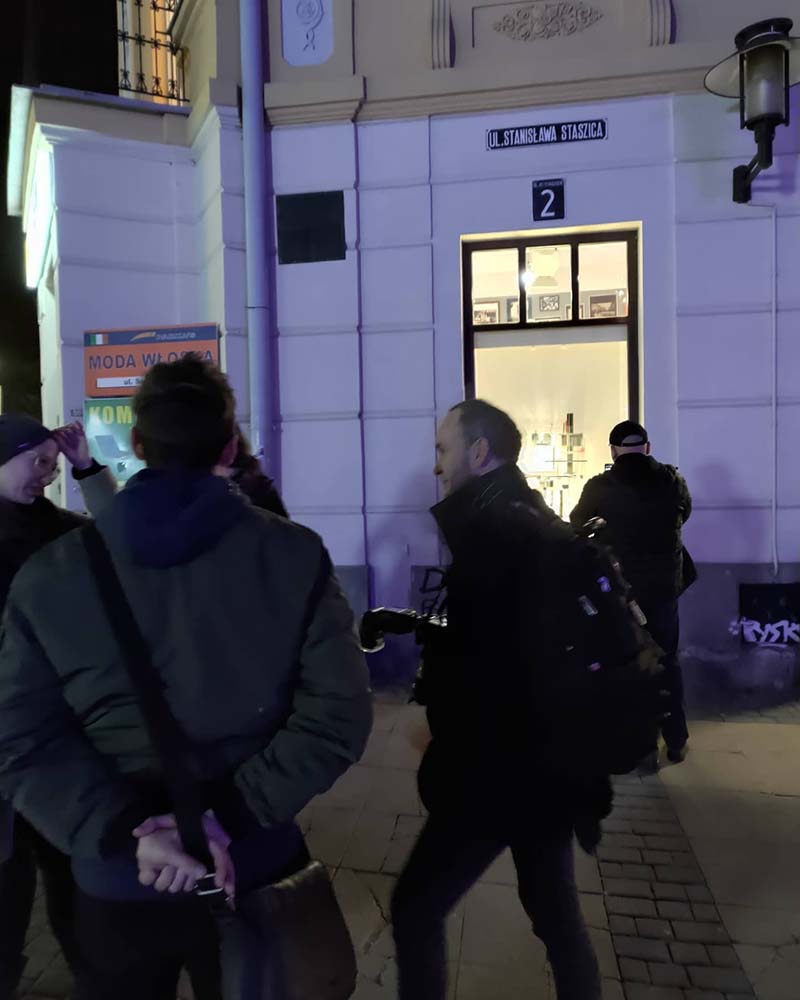 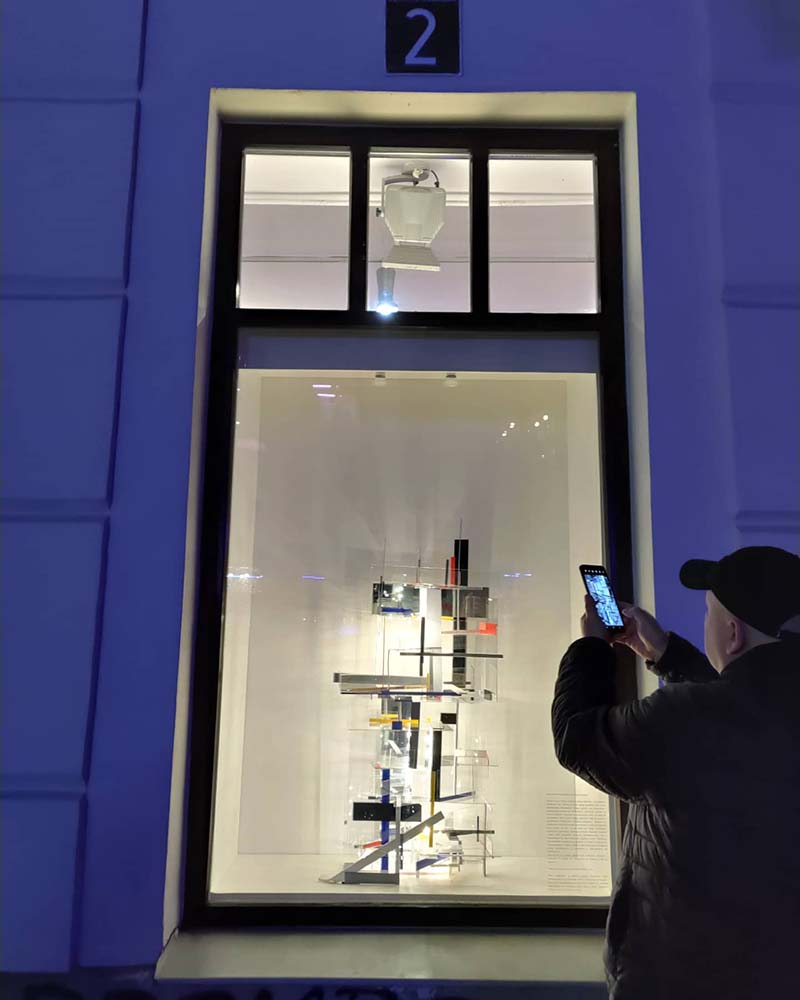 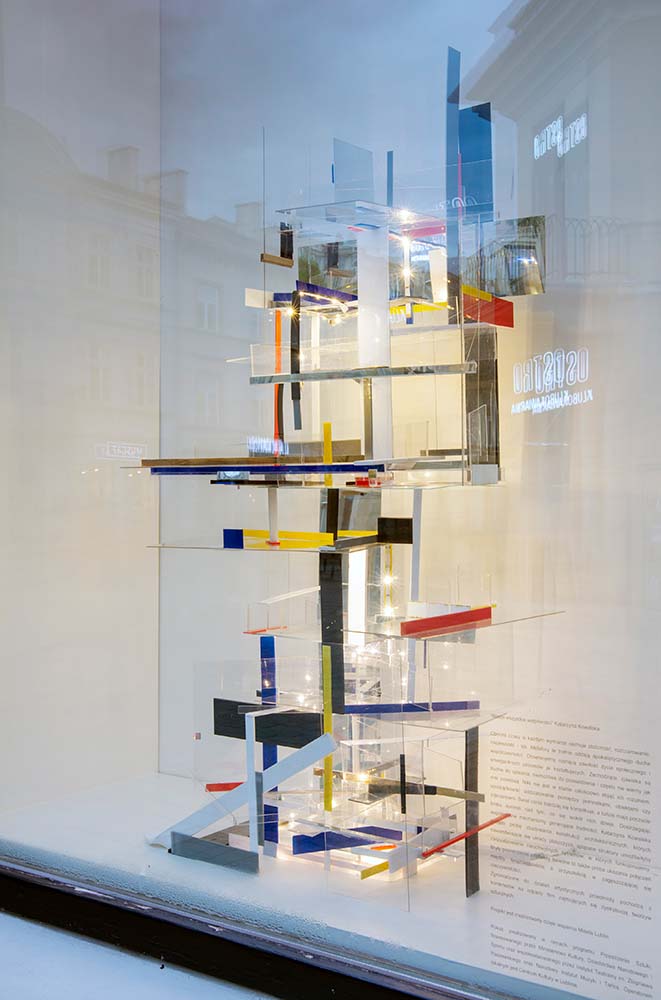 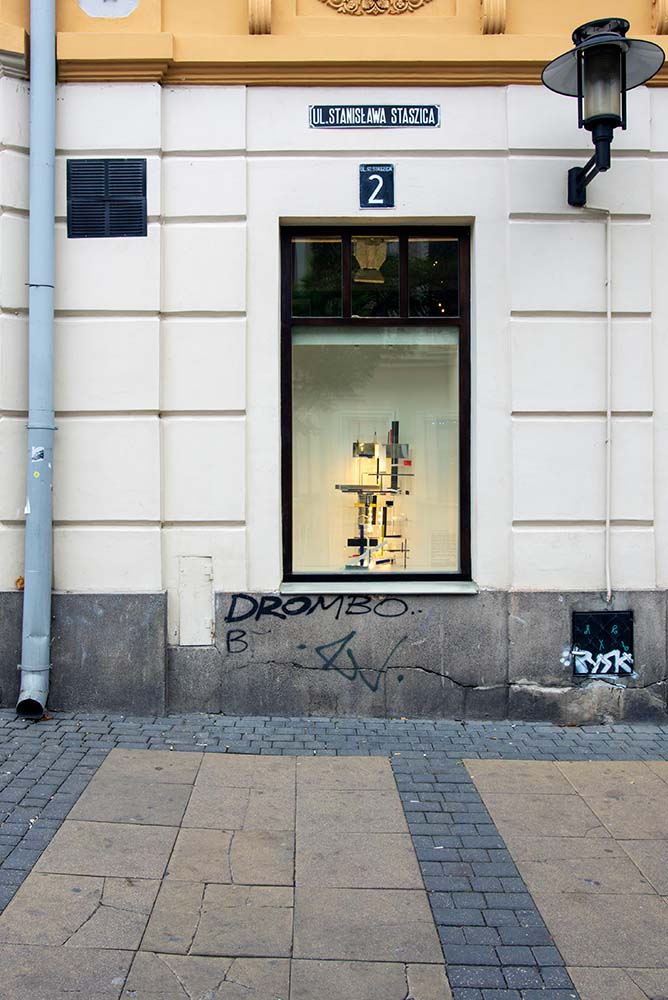 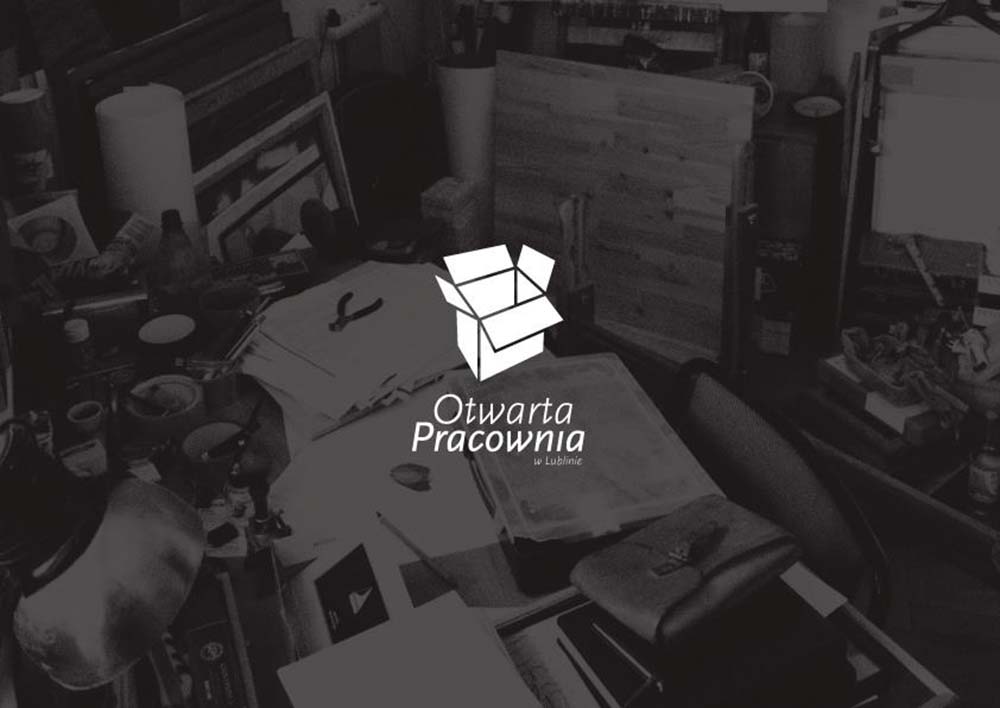 “Turning from the promenade into Staszica Street, it is easy to miss this one of the smallest galleries in the world. Let me give you a hint: look in the first shop window of the tenement house at number 2, belonging to the Kodak Express photographic studio. Something new will appear there tonight.

26 years ago Bill Gates presented the Windows 95 operating system. Today is the opening of the next edition of the Windows ’21 project, carried out by the Otwarta Pracownia (Open Studio) art association from Lublin to celebrate the 10th anniversary of its establishment.

Marta Ryczkowska: ‘When we were setting up Otwarta Pracownia, we imagined that it would be a collective, bringing together art theoreticians and practitioners. And we would create together such a place for creative work. It turned out that reality is more difficult.

Aniela Mroczek: – But we adapted to it.

MR: – We transformed this formula into a romantic, open studio that works in different places and operates in an ephemeral way because we don’t have our own space, although we are constantly looking for it.

MR: – The project is that we wanted to make exhibitions that would be accessible to people during a pandemic. Because at the moment when we were inventing it, the world was closed.

The search for a window suitable for the project began. It turned out that it was not that simple. One of the windows in a well-known hotel turned out to be unavailable. In the end, Jacek Delmata of Kodak accepted the artists.

MR: “He’s our wonderful host, very accommodating. He agreed to put up the exhibition right away.

The project was launched in March. Since then, several artists have already shown their works. (…)
MR: – We were probably guided from the beginning by a kind of nonconformism, not being tied down to any institutional place. And, on the other hand, nomadism. We stick to different situations and objects.

But Windows 21 is not everything. Otwarta Pracownia, which is celebrating its 10th birthday, also exhibits in traditional spaces. On October 7th a performance exhibition is planned in the Lubomirski Palace.

MR: – So far we have been spreading out to various places. We will continue in this way. Something will be in a window, something will be somewhere in a room. We are very much into what is happening in reality. This showcase will be part of looking at art that is close to people.
MR: – We’ve also been very much held by education over these 10 years. When we weren’t doing exhibitions, we were doing workshops very intensively. We work with children from schools, hospitals, with kids who have special requirements.

AM: – This is an area where you get a lot of feedback energy. This is something that carried us very much at certain points. (…)”.

The project is realized thanks to the support of the City of Lublin.
Show realized as part of the programme Art Spaces Lublin, financed by the Ministry of Culture, National Heritage and Sport and co-produced by Zbigniew Raszewski Theatre Institute and National Institute of Music and Dance. The local operator is the Center for Culture in Lublin.

interview with Marta Ryczkowska, curator, in Radio Lublin: “Windows’21 according to the artists of Otwarta Pracownia”.