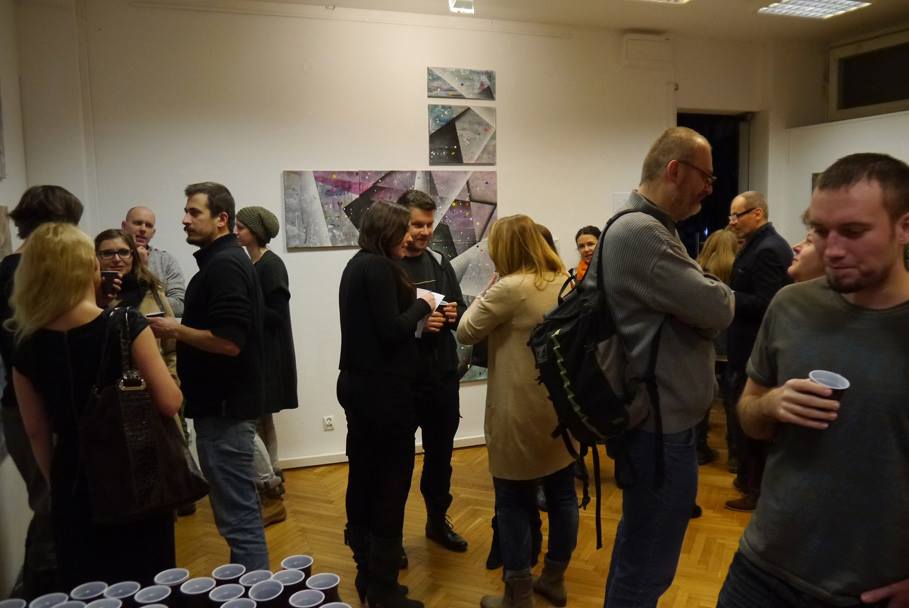 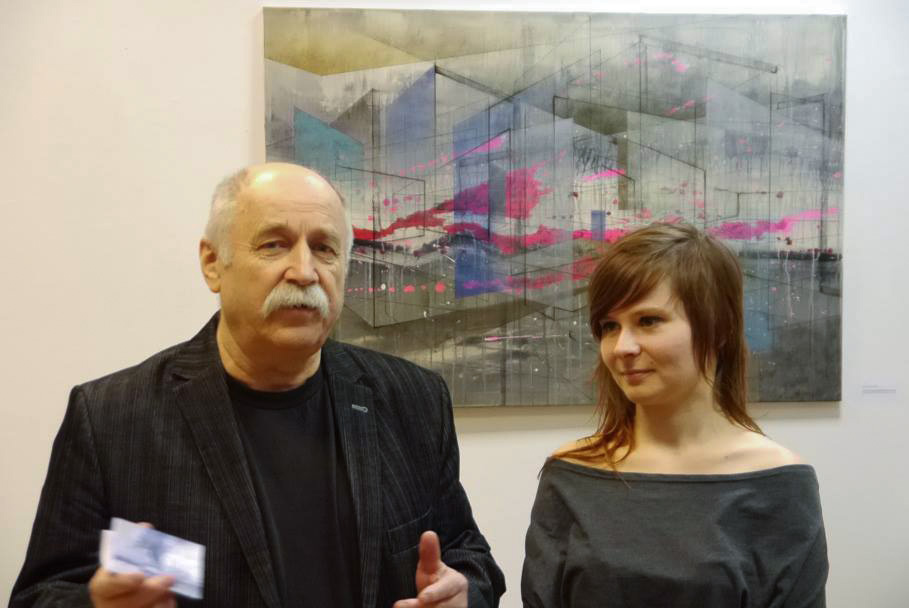 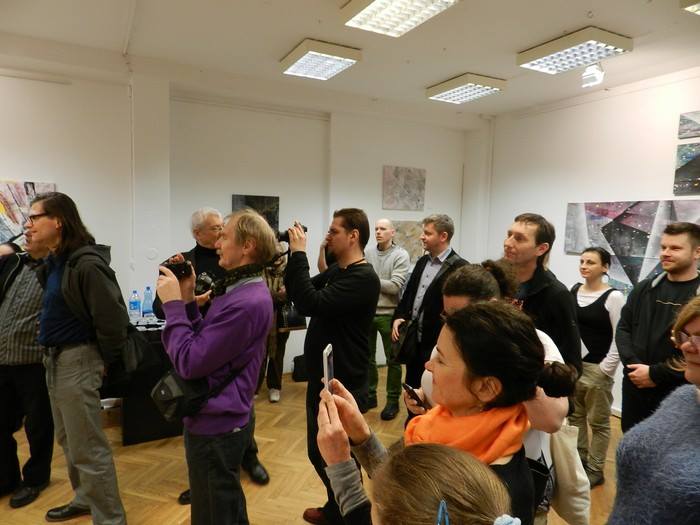 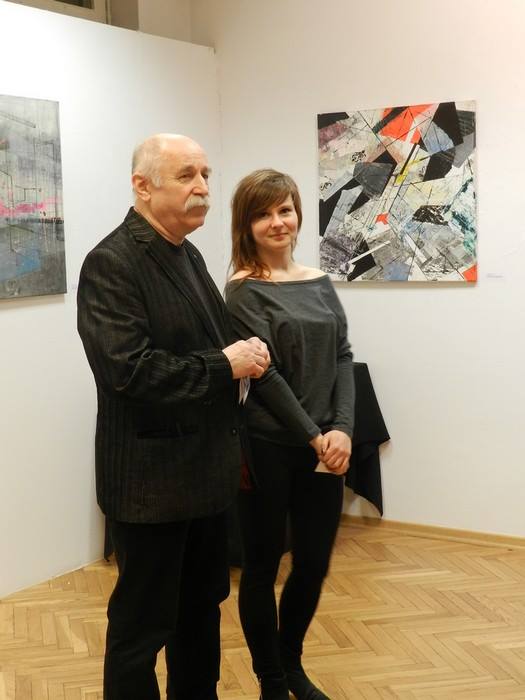 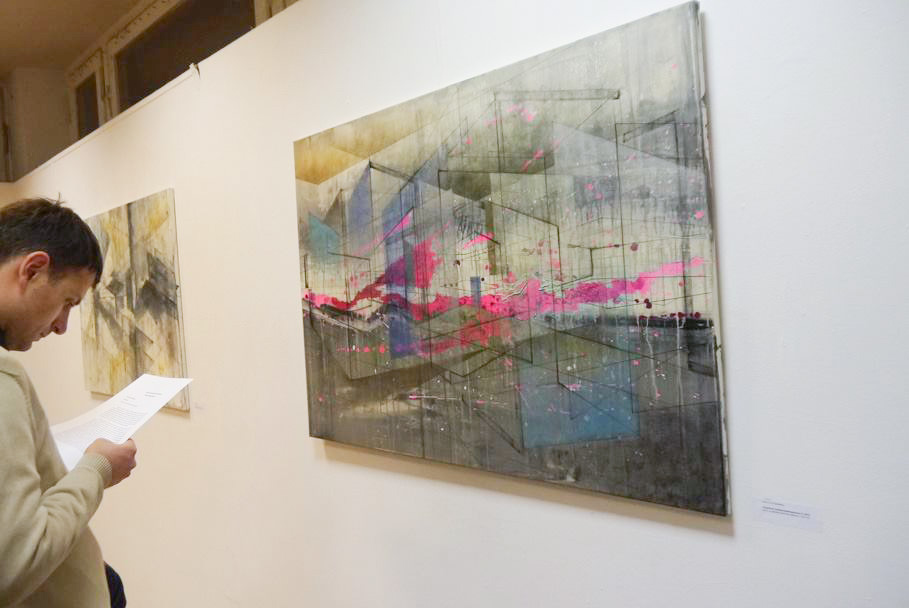 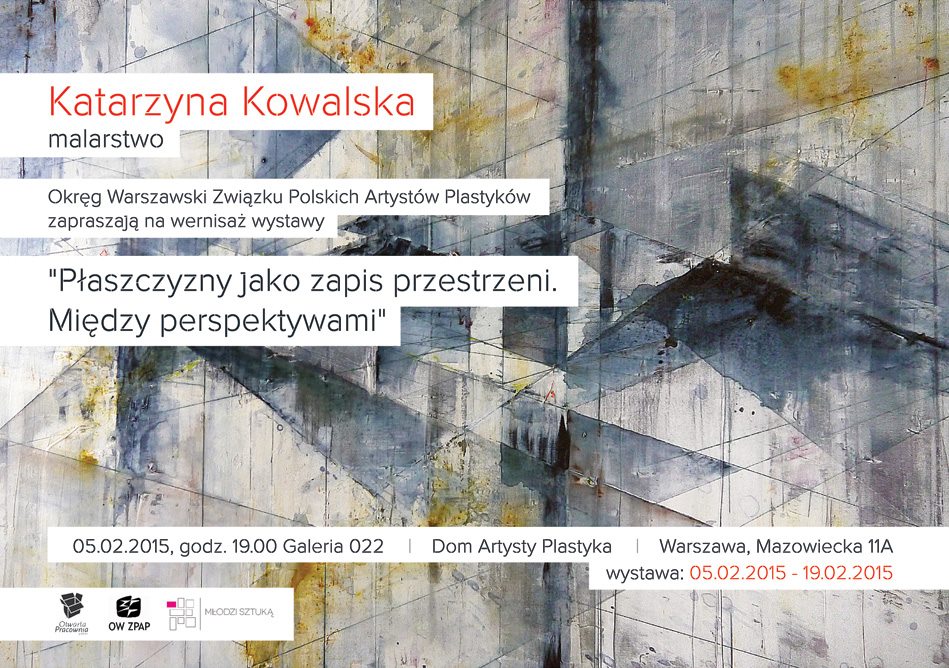 Surfaces as a record of space. Between the perspectives.

The art of Katarzyna Kowalska is stretched between two extremes: discipline of geometric forms and expression of the action painting. Two worlds and two approaches to reality: hyper-rational approach which reduces the multitude of forms to what’s the most simple and primal, minimalist and being the effect of cool calculation and on the other hand full of emotions, based on a premonition, intuition and free gestures. Katarzyna Kowalska easily moves between these seemingly extreme poles of showing the world. Geometry in her paintings is trembling, pulsating and saturated with colour. The gesture on the other hand is disciplined by a perspective grid, spatial projection of a solid in tangible concreteness.

One of the crucial categories, the artists relates to is location. Vivid colour patches on her canvases bring up elements of an urban landscape with emphasis on architecture, often on the verge of reality, occasionally almost completely abstract. Raw modernism, Crystal Palace made from iron and glass prefabricated materials, adaptation and transitions of post-industrial buildings are the source of constant inspiration for the artist. The city is our natural habitat, the closest living space, which we encounter in a specific form. It’s dynamic with new buildings appearing next to the old ones, constructions building up and changing.

In Katarzyna Kowalska’s paintings they lose their weight, the outline of the construction of the building loses its functional nature and becomes a linear equivalent of the architectural original. The city as a collection of permanent forms is not homogenous and breaks into elementary particles. The surfaces start in different points, create bends which do not originate from a logical arrangement of the whole and composition. However, it is not chaos caused by expressionist explosion of the painter. You can sense the discipline of geometric forms and studies of solids, remnants of reality. Kowalska creates phantasmagorical cities, like Italo Calvino in his famous poetic work Invisible Cities. Calvino Called imagined cities made from experiences, desires and premonitions women’s names: “After crossing the river and the pass, one unexpectedly stands before the city of Moriana with transparent alabaster gates in the sunshine, coral columns supporting facades decorated with serpentine. With villas made entirely from glass resembling aquariums, where shadows of dances in silver scales float under chandeliers in the form of medusas”. In these non-cities reality is an echo while the whole construction is generated by imagination and emotions. Katarzyna Kowalska processed urban architecture in a similar manner. Surfaces and solids isolated from the architectural order become autonomous through the colour – saturated, put in the forefront or delicately mentioned and hidden behind perspective projections which form the grid for individual surfaces.

It’s the colour patch that arranges the space, creates new order and defines it in the surface of the painting. The place seems like something abstract and intangible, but at the same time it is still rooted in physicality. It serves as an alternative space, where the vanishing point ceases to be an univocal term. Perspective paintings of Kowalska can also be treated as a meta commentary to modern architecture. Solid, outline, shape, fabric, construction are all interesting, visual signs for the artist. They become the basis for the composition. In the end it looks like a place from a dream. We know that during sleep, experiences are put away, but the remembered images change completely in contact with subconsciousness. Watching Perspective Landscapes by Katarzyna Kowalska it’s hard not to wonder if that’s how walking around Calvino’s invisible cities would look like, with their nature and dynamics that are not fully revealed, which can only be seen when you take the trip. She’s a modern flaneur observing and recording the pulse of the city.

The artist practises layered painting which is reminiscent of matter painting with emphasis on the matter being transferred to the canvas using various, often non-standard tools. In her art she combines different painting techniques, studies the characteristics of paint and substance, observing their congealing process in different temperatures etc. The surface of the painting isn’t sterile – the artist allows it to come into contact with different external agents. As a result the structure of the painting is complex and thick. Therefore, Katarzyna Kowalska’s painting is a parallel space for experiencing world, where memories and imaginations are recorded and translated into essential painting values.